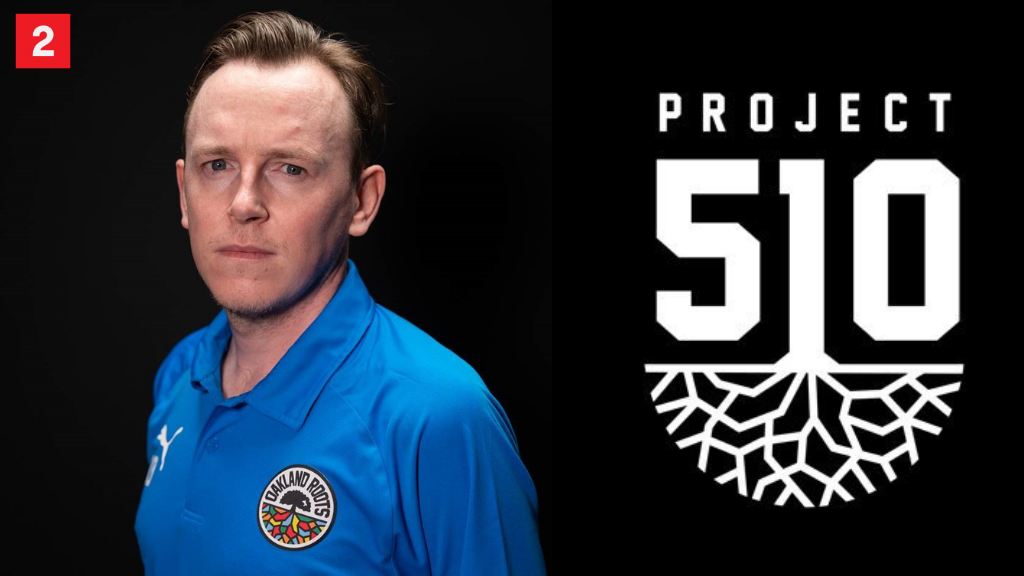 OAKLAND, Calif. - The Oakland Roots and Project 51O announced today the appointment of Michael “Mikey” Hannon as the new Head Coach of Project 51O, ahead of the team’s inaugural season in USL League Two. Hannon currently serves as the Director of Coaching at ELITE Soccer - youth club partner of Roots SC - in Newark, California, located in the 510.

The Swansea, Wales native began his coaching career at the age of 16 with the Swansea City Academy and the Arsenal Soccer Schools. Hannon made the jump to the American soccer scene when he got an opportunity with UK International Soccer, where he was a key part of the technical training program and summer training programs. Hannon’s first big opportunity in the States came when he was offered the Director of Coaching position with ELITE Soccer in the 510 in 2018. Most recently, Hannon joined the St Mary’s College coaching staff and helped lead the team in its run for the WCC title win in 2019.

As Hannon prepares for his first League Two season, he is keen on using his coaching experience in the Oakland area to drive the vision of play for Project 51O.

“Being a very diverse area, you get a lot of players from many different walks of life,” said Hannon. “Having a greater understanding of the demographic in the area and having a huge involvement within youth soccer from the younger players to the U17 age range at the academy level all the way up to the college level has helped me develop an understanding of what it takes to progress from youth play to college-level play.”

Hannon also served as a part of the De Anza Force staff under former Roots Head Coach Paul Bravo when the U17 team earned a spot in the Development Academy final four.

“I think my time with Coach Paul will have a huge impact on my season with Project 51O,” said Hannon. “Just those moments where I got to sit in the hotels and have conversations with him and hear him explain what these professionals want and their inner-drive, helped me realize that there is a lot that coaches can do but if a player does not want it internally it is going to be a long journey.”

In joining the Roots organization, Hannon has established a set of goals for Project 51O’s inaugural season, which will start with implementing the club’s core values into on-field play.

“The whole organization has core values that are shared from top to bottom, whether you are a fan, a player or a coach,” said Hannon. “With everyone within the organization sharing these values, everybody moves forward together and there is a very black and white picture of what we want to do and what values we want to put forward as an organization.”

“Any individual coming into an established organization like the USL is always big for any coach’s progress within their career,” said Hannon. “Personally, it is a very exciting time to be entering this organization. Over the last couple of years, the USL has truly grown and has become a really well-established platform for young players and professional players alike. For me, being a part of something that is becoming a household name and key stakeholder within the soccer landscape is very exciting. Being a part of the USL can only progress my career forward.”

As for Hannon’s vision for the 2021 season, he will be pushing himself and Project 51O to maintain a mentality of growth.

“I think a key thing for me is the development of our players and how many players we can push to be within the first team environment,” said Hannon. “One thing I always want to push are opportunities to get players ready for the next level. Here at the Roots we try to provide players with a great home base and a platform where we can specifically develop the potential within the 510 area and give players a professional pathway right here in Oakland.”